It’s surely been a while since I had the time to write a bonafide fishing report, thus, my sincere apologies! This past summer was one of the best trout fishing seasons I’ve seen in a long time, therefore, we’ve been quite busy!  My guess that the fishing was so good was partly due to the cool and rainy May and June we had, and the fact that the cooler than normal weather continued into July and August.  In fact, it wasn’t until the last 3 weeks that we seen the hottest air temps of the year!  Hence, we had great dry fly fishing that lasted well beyond the normal summer time frame.

Salmon fishing on the big lakes also was great this past summer and fall!  Many customers reported not only a lot of fish in the rivers, but also some very large ones as well.  This is a good indication that the fish were finding plenty of baitfish (most likely alwives) to feast on.  Looking ahead to the steelhead run that is forthcoming, it should be as equally stellar, as this past spring’s run was spectacular!  This is good news in light of the fear that the zebra mussels were going to completely destroy the Great Lakes fishery with the filtering of the plankton that they do in order to find their own nutrients.  I had at least 2 different biologists tell me over the course of the past year that each zebra mussel “shell” filters 16 gallons of water per day!  Do the math.  With billions of these mussels in the lakes, it would not take long to do a lot of damage to the food chain and ecosystem.  Arguably, the water has been transformed to a more purified and clear state, that at first appearance, looks like it should hold a lot of fish, but is was becoming “sterile”.  One could hope that the mussels have finally met their match….themselves!  They’re running out of food!  Most likely what will happen is a transformation to a more cyclical state as the mussels find a balance in their new environment.  Therefore, the big lake fishing may have it’s ups and downs in the future.  At the moment, it’s anyone’s guess what will happen with the fishery in the years to come.  Time will tell.

Marco and Jen found out recently at “Salmon Camp”, just how good the fishing on the rivers has been…If you see either of these two, be sure to congratulate them on their success!  It has been rumored that Jen caught a Salmon nearly 40 lbs, which would be the largest this camp, that has been operating for a number of years has ever seen!  Nice work Jen and Marco! 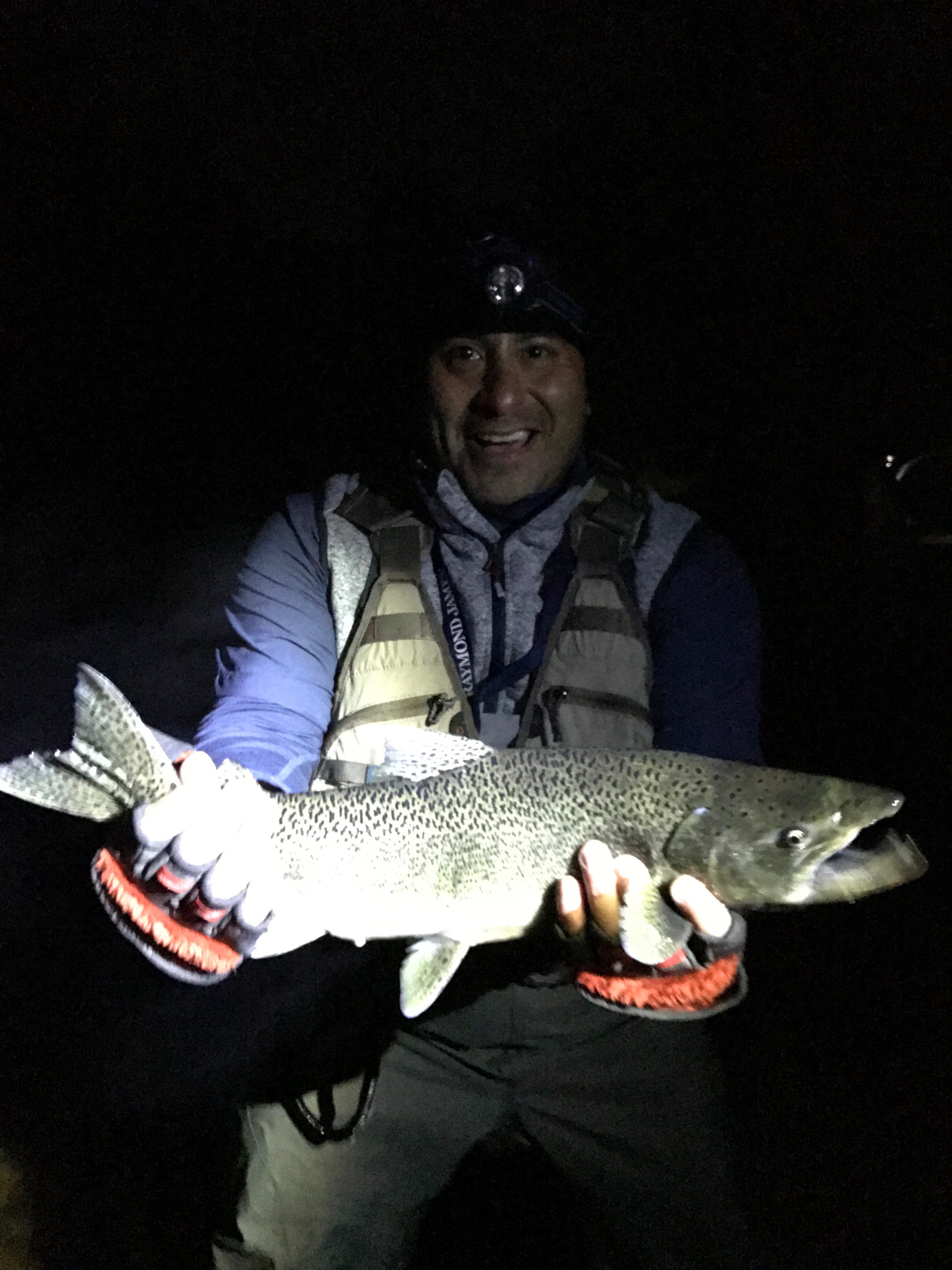 Marco with a nice Coho! 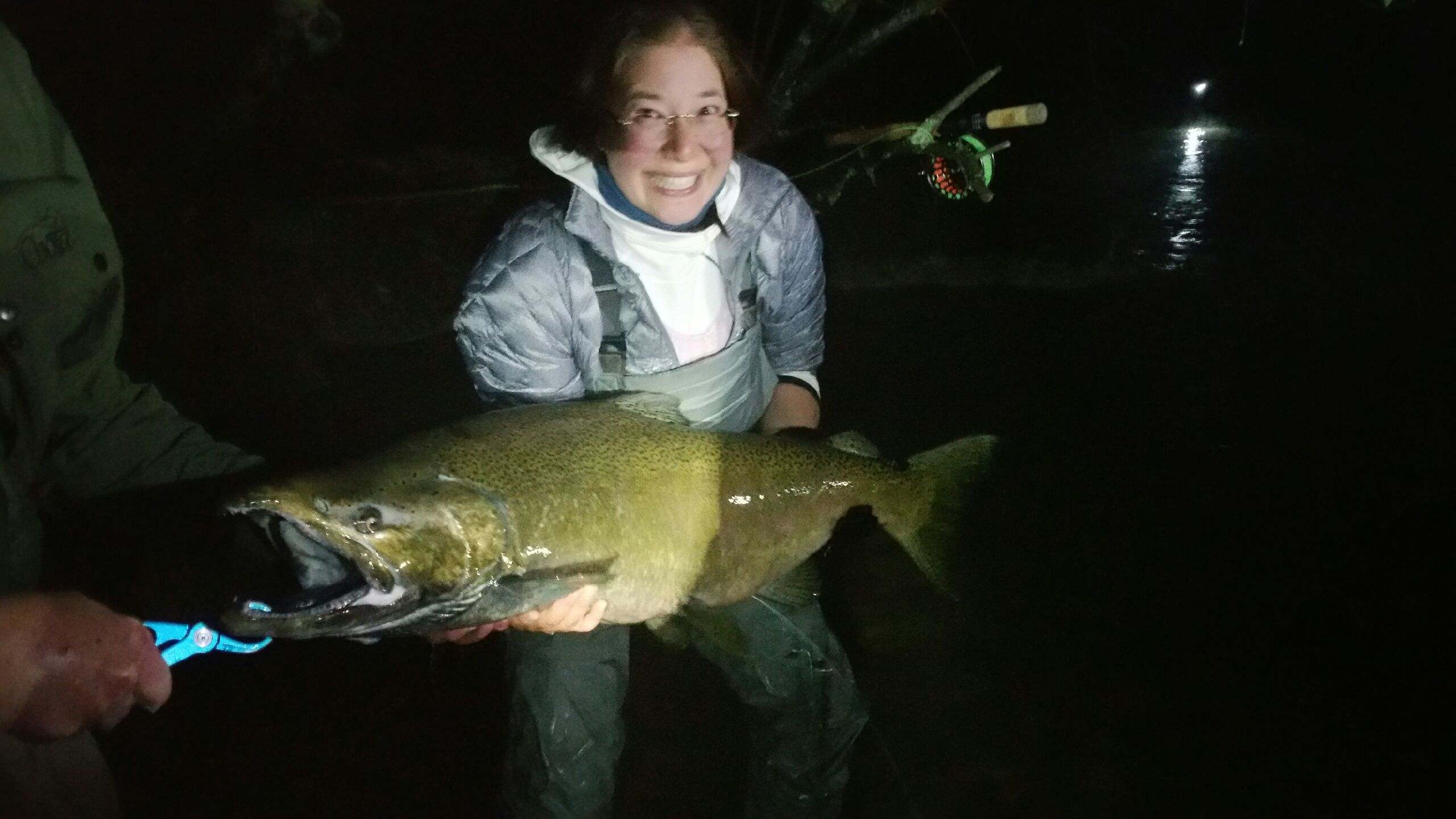 Jen with her Jiant Salmon!  (I know it’s misspelled, it just looks cool!)

Closed for the season. We can be reached by leaving a voice mail at the shop. 989.344.2700. Thanks, and thank you all for another wonderful year! We’ll see you in the Spring!